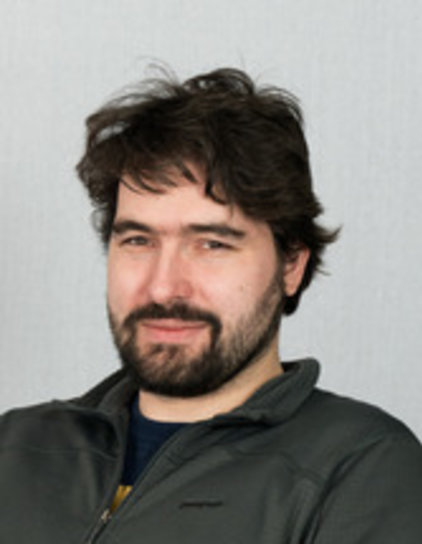 My work focuses on modelling the dynamics of binary black holes in the limit that the ratio of the masses is small (so called extreme mass-ratio inspirals or EMRIs), both through analytic and numerical means. In this limit the binary problem can be treated perturbatively with the mass-ratio as a small parameter. The field equations can be solved using black hole perturbation theory, and the corrections to the dynamics take the form of an effective force on the smaller object, the gravitational self-force.

Over the last few years, I have focused on calculating this gravitational self-force when the primary black hole is spinning, and explored the phenomenology of orbit resonances that occur in generic inspirals. This work will continue at the AEI, where I will also investigate ways of calibrating effective-one-body models using self-force data.

Publications
Here are links to my publications: on Spires, on the ADS database, and on the arxiv.

I studied physics and mathematics at the University of Amsterdam between 2001 and 2006, where I wrote a BSc thesis on the formulation of Bell's inequalities in Algebraic Quantum Field Theory under supervision of Prof. Klaas Landsman and an MSc thesis on geometric invariants arising from topological string theory under supervision of Prof. Robbert Dijkgraaf. After a year as a Fulbright scholar studying pure mathematics at the University of Oregon, I started a PhD in theoretical physics at Utrecht University in 2007. Under the supervision of Prof. G. 't Hooft, I studied a model for discrete gravity in 3+1 dimensions known as 'Piecewise Flat Gravity', ultimately proving it not viable.

After obtaining my PhD, I switched my field to the study of exterme mass-ratio inspirals using gravitational self-force, joining the group of Leor Barack in Southampton with an NWO Rubicon grant. In 2017, I joined the AEI as Marie Curie fellow, continuing my work on self-force.