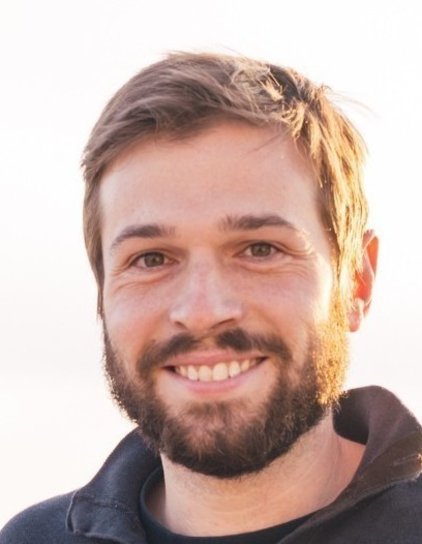 Cosmology, gravitational waves and fundamental physics
Our standard model of the universe can describe accurately a wide range of astronomical observations, spanning its nearly 13.8 billion years of history. However, this remarkably simple model requires 3 pieces of new fundamental physics:  1) cosmic inflation, an initial era of accelerated expansion that sets the universe’s initial conditions, 2) Dark matter, an abundant yet undetected form of non-atomic matter that drives the dynamics of galaxies and formation of large-scale structure in the universe and 3) Dark energy, a form of energy that causes the expansion of the universe to accelerate, overcoming the attractive nature of gravity. All current evidence for dark matter and dark energy stems from their gravitational effects and when combined they represent 95% of the energy in the universe today.

My research aims at combining theoretical and observational insights to better understand the properties of dark matter and dark energy. I initially trained as a theoretical cosmologist but eventually understood the immense potential of gravitational wave (GW) astronomy and its synergies with “traditional” cosmological observations (like supernovae or the large-scale structure of the universe) in answering some deep, long standing questions:
- What is the nature of dark matter and dark energy?
- Is Einstein’s theory a correct description of the universe?
- How can we optimally combine cosmological and GW observations to advance fundamental physics?

My work is structured along 4 inter-related themes:

Cosmology beyond the standard paradigm
Understanding dark energy and dark matter is a major goal of observational and theoretical cosmology. My work explores the viability of non-standard scenarios in light of current and data upcoming cosmological data. I am the main developer of the hi_class code, an accurate, fast and flexible code to obtain cosmological predictions in general dark energy models, publicly available to the community (www.hiclass-code.net). I use hi_class to test gravity theories and dark energy models. I am particularly interested in scenarios that address potential issues in the standard model, such as the discrepancy in the universe’s expansion rate based on different methods. I am also a member of the Euclid mission, a satellite to study dark energy and fundamental physics by mapping the large-scale structure of the universe.

Gravitational Waves beyond General Relativity
The rise of gravitational wave astronomy provides an decisive advantage in the study of gravity and dark energy. I work towards a deeper understand of how GWs propagate in theories beyond Einstein Gravity, exploring new effects that may be used to test those theories. One such effect is the anomalous GW speed, which was spectacularly constrained by the detection of gravitational and electromagnetic radiation from the first neutron-star merger, GW170817, thus ruling out many gravitational theories. GW propagation effects also include anomalous amplitude, phase, and even oscillations into additional polarizations (analog to flavor oscillations for massive neutrinos). I recently became involved with the LISA mission, a future low frequency gravitational wave observatory in space, and the effort to define the science case for 3rd Generation detectors on the ground.

Dark matter and gravitational lensing
Despite a very precise knowledge about its abundance, the nature of dark matter has eluded decades of dedicated experiments, and many models with vastly different properties remain as viable alternatives. I am exploring how gravitational lensing, the bending of light rays by gravitational effects, can be used to test the properties of dark matter. An example is how the (lack of observation) of magnified supernovae helped rule out stellar-mass black holes, such as the ones detected by LIGO/Virgo, as the primary dark matter component. I am also interested in how GW observations can be used to further probe these and other dark matter candidates.

Theories of gravity beyond Einstein
Insights into dark energy often stem from theoretical considerations, which may reveal new possibilities or obstructions to known scenarios. I am interested in exploring ideas leading to new viable gravitational theories, which may be latter applied to construct interesting cosmological scenarios. To this end, I use methods such as redefinitions of the fundamental fields, a technique that produced the first examples of viable theories beyond Horndeski, previously thought to be the most general viable theory of its class. New ideas for gravitational theories are now more necessary than ever, given the stringent limitations placed on the theory landscape by recent gravitational wave observations.

All Publications
Here are links to all my publications: from INSPIRE, from the ADS database and on the Arxiv.